Torch Technologies is pleased to announce that the Business Council of Alabama has presented the Still Ambassadorial Award to BCA board of directors' member and Torch Technologies' President John Watson.

The award was presented by Birmingham attorney and BCA board member Stephen W. Still, BCA Chairman Perry Hand, chairman of Volkert Inc. in Mobile, and BCA President and CEO William J. Canary, during the BCA board of directors meeting Feb. 7, 2018. The award is named for Still, who is the chairman of the BCA's Ambassador program, a ProgressPAC board member, and a shareholder of Maynard Cooper & Gale.

BCA Ambassadors advocate the advantages of BCA membership to Alabama's business community and in investing in the BCA to ensure that business is represented at the table in Montgomery and in Washington, D.C. "The BCA is a great return on investment," said Watson, who became president in 2013 and was named to the Torch board of directors in 2014. Watson has more than three decades in the defense industry spanning numerous roles in project engineering support, line and program management, and corporate management. He is a graduate of Auburn University.

The Still Ambassadorial Award is presented to BCA members who show outstanding efforts and consistent contributions to the BCA's Next Level Investor program.

Torch CEO Bill Roark stated, "We are proud of the success that Watson has had at Torch, and we are equally proud of his efforts within the community. As Torch has continued to grow, so has our commitment to giving back, and we are proud that our president leads by example through his commitment to organizations such as the Business Council of Alabama." 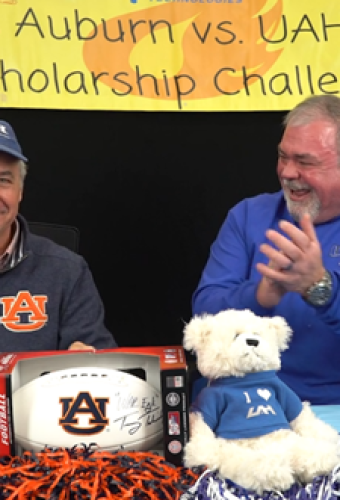